This 100-foot banner “Charleston Airborne Flooded” hung on the exterior of the Joseph Floyd Manor in Charleston SC. The project was part of an art- and event-based civic discussion about rising sea levels, which Mary Edna helped organize in collaboration with nonprofit Enough Pie, called Awakening V: King Tide. The art shows flooding of 4.5 feet on the Charleston coastline by the year 2020, as predicted by NOAA. The batik image was photographed and printed locally, and includes a quote by Voltaire, “We argue. Nature acts.” 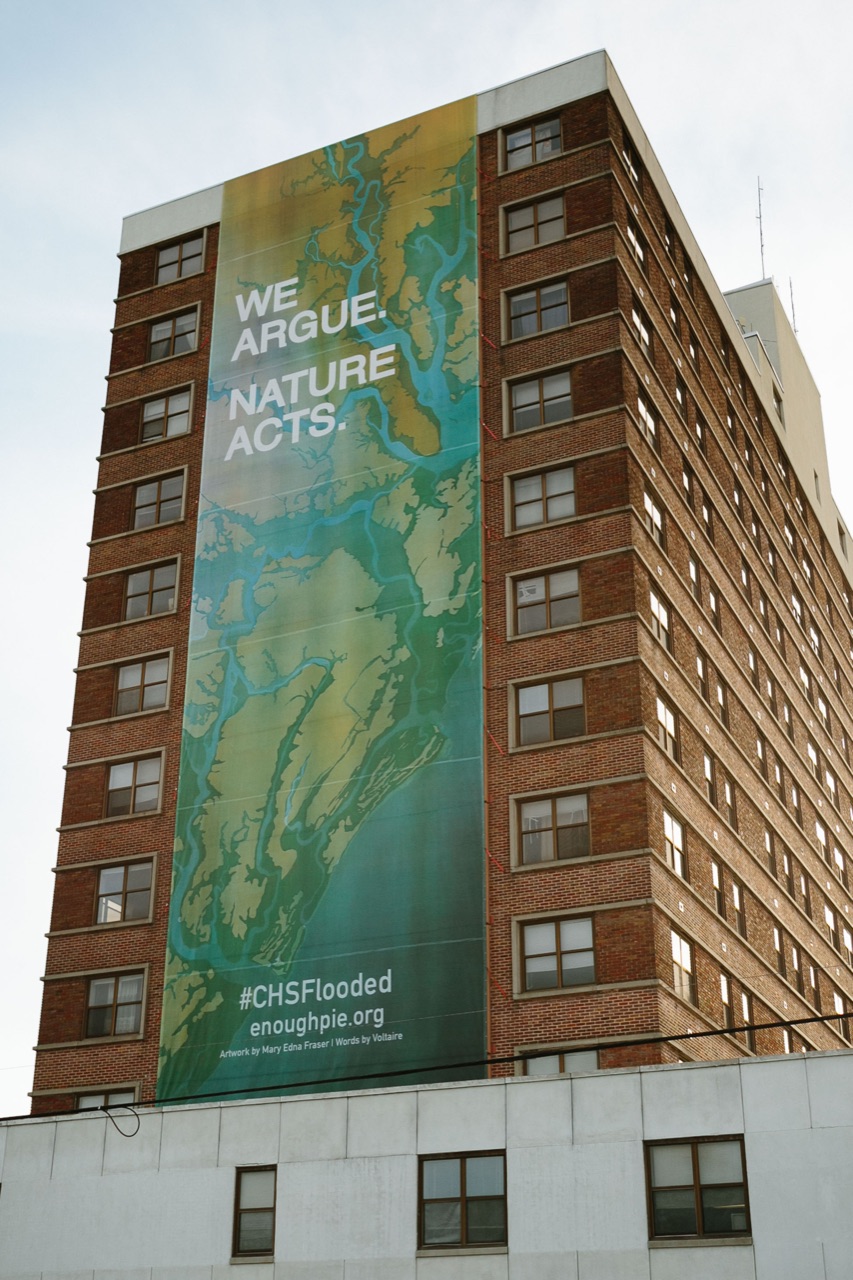