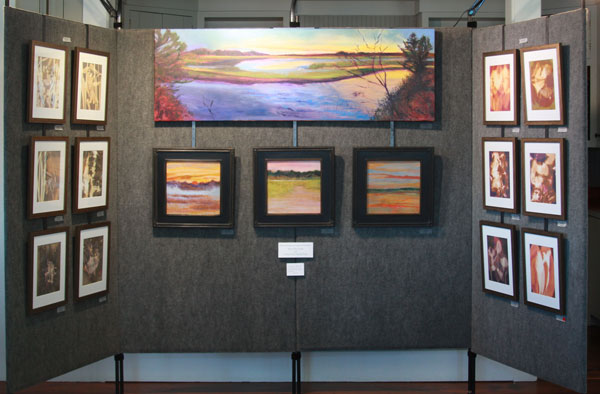 Mary Edna Fraser’s oils paintings, both plein air and large scale studio pieces, capture the vibrancy of the lowcountry landscape. Cecelia Naomi Dailey‘s photographs use a camera-less technique called lumens, where plant materials are collected and laid on top of photo paper to create a light impression. Both artists extensively research and ground-truth the locations they depict in their chosen media. Fraser is known for her aerial imagery and working with Duke geologist Orrin Pilkey to educate the public on the fragile coast. Dailey works with Citadel botanist Richard Porcher on books and multi-media presentations which explore the relationship between culture and natural history. Spring Island hosted the two as artists in residence where they stayed for a week (November 6-12th, 2016) exploring the woods and marshlands as inspiration for their work. Their collaborative talk “Artists as Activists” and exhibition opening was November 9th.